Get Ready to Watch the Mars Landing Show 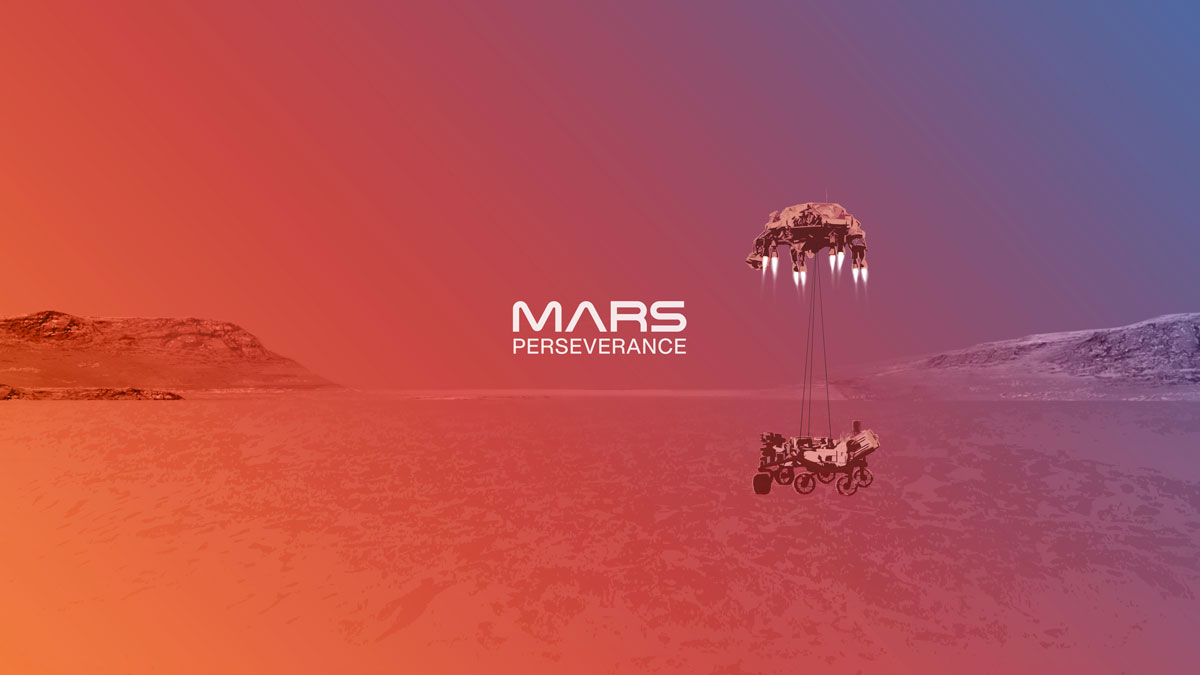 All landings on Mars are difficult, but NASA’s Perseverance rover is attempting to touch down in the most challenging terrain on Mars ever targeted.

The intense entry, descent, and landing phase, known as EDL, begins when the spacecraft reaches the top of the Martian atmosphere. Engineers have referred to the time it takes to land on Mars as the “seven minutes of terror.”

The landing sequence is complex and targeting a location like Jezero Crater on Mars is only possible because of new landing technologies known as Range Trigger and Terrain-Relative Navigation.

The Perseverance rover is set to land on the surface of Mars on February 18, 2021. For more information about Perseverance, visit  https://mars.nasa.gov/perseverance​

An illustration of NASA’s Perseverance rover landing safely on Mars. Hundreds of critical events must execute perfectly and exactly on time for the rover to land safely on Feb. 18, 2021. Credits: NASA/JPL-Caltech

NASA is inviting the public to take part in virtual activities and events as the agency’s Mars 2020 Perseverance rover nears entry, descent, and landing on the Red Planet, with touchdown scheduled for approximately 3:55 p.m. EST Thursday, Feb. 18.

Live coverage and landing commentary from NASA’s Jet Propulsion Laboratory in Southern California will begin at 2:15 p.m. on the NASA TV Public Channel and the agency’s website, as well as the NASA App, YouTube, Twitter, Facebook, LinkedIn, Twitch, Daily Motion, and THETA.TV.

Among the many firsts with this mission is the agency’s first-ever Spanish-language show for a planetary landing. On Thursday, Feb. 18, at 2:30 p.m., NASA will air “Juntos perseveramos,” a show that will give viewers an overview of the mission to Mars and highlight the role Hispanic NASA professionals have had in its success.

During landing, the rover will plunge through the thin Martian atmosphere at more than 12,000 mph (about 20,000 kph). A parachute and powered descent will slow the rover down to about 2 mph (3 kph). During what is known as the sky crane maneuver, the descent stage will lower the rover on three cables to land softly on six wheels at Jezero Crater.

Perseverance also is carrying a technology experiment – the Ingenuity Mars Helicopter – that will attempt the first powered, controlled flight on another planet.

“If there’s one thing we know, it’s that landing on Mars is never easy,” said NASA Associate Administrator for Communications Marc Etkind. “But as NASA’s fifth Mars rover, Perseverance has an extraordinary engineering pedigree and mission team. We are excited to invite the entire world to share this exciting event with us!”

NASA is offering many ways for the public to participate and stay up to date on landing information, mission highlights, and interaction opportunities.

Connect with like-minded space enthusiasts, receive a NASA Social badge, ask questions, and take part in other virtual activities by signing up for the Perseverance Rover Virtual NASA Social event.

NASA also will provide a virtual guest experience for members of the public during landing, with notifications about mission updates, curated mission resources, and a virtual passport stamp available after landing.

You also can follow every step of entry, descent, and landing with this visualization, and get a preview of all the excitement with a new video.

Design, build, and land your own spacecraft – just like NASA scientists and engineers do. Join NASA’s Mission to Mars Student Challenge, where classrooms, informal education groups, families and individuals will be able to participate in landing week question-and-answer sessions with mission experts and submit student questions and work that could be featured during NASA broadcasts leading up to and on landing day.

A Mars 2020 STEM toolkit also is available, with stories on the students who named Perseverance and Ingenuity, opportunities to code your own Mars exploration games, and more.

Join scientists from NASA and JPL at a briefing of the National Academies Space Studies Board and Aeronautics and Space Engineering Board Wednesday, Feb. 17, at 11:30 am EST to hear more about Perseverance’s journey to Mars’ Jezero Crater, NASA’s Mars Sample Return, and the challenges the team has overcome. Participants include:

You also can try out a virtual photo booth that allows you to pose next to the Perseverance rover, listen to the differences between sounds on Mars and Earth, and check out other interactive experiences on the mission’s website.

Send Your Name to Mars, Again!

Lighting Towns Red Around the World

To celebrate Perseverance’s Red Planet landing, the Empire State Building in New York will light its tower red on Tuesday, Feb. 16, starting at sunset until 2 a.m. the following morning. In addition, the Los Angeles International Airport gateway pylons will glow red from sundown on Wednesday, Feb. 17, through sunrise Friday, Feb. 19. Other sites in the United States recognizing the upcoming landing include select buildings along the Chicago skyline, such as the Adler Planetarium. NASA invites cities around the country and world to participate in “lighting the town red.”

Press kits for the Perseverance rover landing and the Ingenuity Mars Helicopter are available and feature deeper dives into the mission and science, as well as links to image and video resources.

A Perseverance landing toolkit provides additional details about all the activities planned for landing week, as well as additional links for learning more about the rover and helicopter.

In addition to social media coverage, NASA TV will air a number of events leading up to, including, and following the landing.

Members of the public may ask questions on social media during the events using #CountdownToMars.

The following events currently are scheduled to air live (all times Eastern). Please check the NASA TV schedule for the latest updates:

3 p.m. – News conference: Searching for Ancient Life at Mars and in Samples Returned to Earth

A 360-degree livestream of the Mars landing from inside mission control, including landing commentary, will be available at the JPL’s main YouTube channel.

A complete list of ways to watch online can be found at:

More About the Mission

A key science objective of Perseverance’s mission on Mars is astrobiology, including the search for signs of ancient microbial life. The rover will characterize the planet’s geology and past climate, pave the way for human exploration of the Red Planet, and will be the first mission to collect and cache Martian rock and sediment for later return to Earth. Subsequent NASA missions, in cooperation with ESA (European Space Agency), would send spacecraft to Mars to collect these sealed samples from the surface and return them to Earth for in-depth analysis.

The Mars 2020 mission is part of a larger NASA initiative that includes missions to the Moon as a way to prepare for human exploration of the Red Planet. NASA will establish a sustained human presence on and around the Moon through NASA’s Artemis lunar exploration plans.

For more about Perseverance:

For more about Ingenuity: