Future Cities – Projects Around the World

Once upon a time, Qatar was a poor fishing village. But one day, oil and gas were discovered and everything changed for Qatar.

Today, Qatar is the richest country in the world with a GDP per capita of $129,360.  The country has a lot of modern infrastructures and invests a lot in science,technology and education.

Doha,the capital is very modern and futuristic .There are countless skyscrapers,modern malls and many other beautiful things.

The governement created the Qatar investment authority,a fund that will invest the country wealth. Today, the fund manage $335 Billion and purchased many foreign companies and assets. These aquistion include : The PSG, FC Barcelona ,Harrods stores and the Shard in London,Or Miramax movies .

The country will host the  Fifa World Cup 2022. 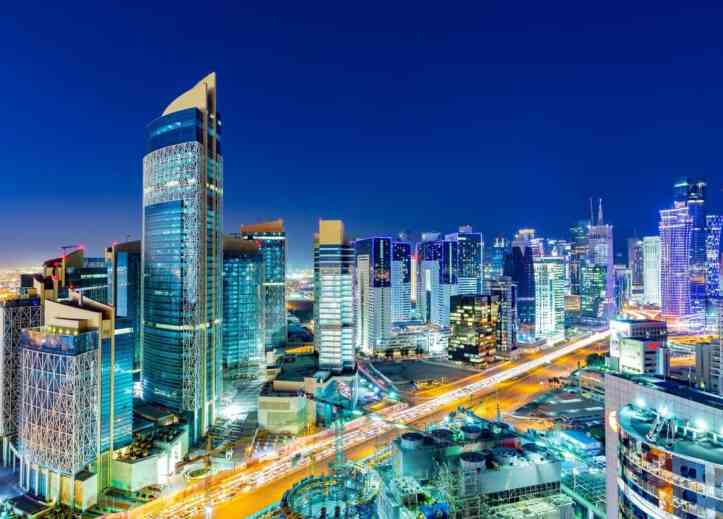 A stadium,2 marinas,a lagoon and many skyscrapers will be built.

Lusail city is a Doha’s area.

The project will be comprised of three bridges interconnected by subsea tunnels spanning a 10km stretch of water, and will link Doha’s Hamad International Airport with the city’s cultural district of Katara in the north and the downtown central business district of West Bay.  The project has been designed by world-renowned architect, engineer and artist Santiago Calatrava.

The rail network will cover 300km, and has an estimated value of $36bn. Key to the system is the Doha Metro project, which is expected to be fully operational by 2019, and is designed to relieve pressure on the city’s roads.

The $7.4bn Doha New Port is one of Qatar’s most important projects.It covers a 26.5km2 site which, alongside a major new port facility, will also contain a new 4.5km2 naval base for Qatar and a new canal for Qatar Economic Zone 3 – one of a number of new economic zones being set up to boost the country’s industrial sector.

More than $4bn is to be spent on the stadiums for the 2022 FIFA World Cup. Here is the list of the stadiums :

The goal is to Construct  five mega-reservoirs that aim to boost Qatar’s emergency water supply . When finished, they will be among the world’s largest reservoirs, with a capacity of some 100 million gallons of water each.

Designed to host 2022 World Cup, the more than two million square meters Oryx Island will provide temporary accommodation during the 2022 FIFA World Cup in Qatar. It will feature five floating hotels, an open-air theatre pavilion, commercial district, leisure areas and various residential options. A series of venues are also planned for spectators to enjoy the football matches from the island. This $5.5 Billion project will be completed in 2020 or 2021. 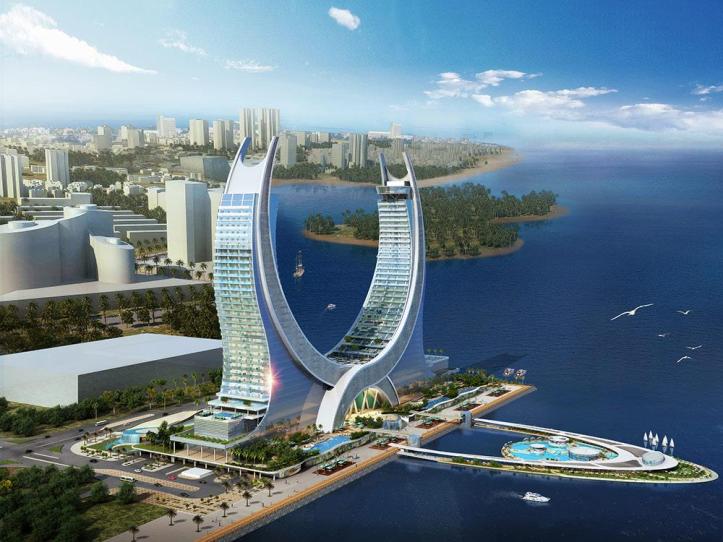 Forest City will be between Singapore and Kuala Lumpur. This is a city of the future. It will be a smart city. It will be car free, very green, and beautiful.

Forest City is a Chinese development with room for 700,000 residents being built across a string of man-made islands just off the coast of Malaysia. Since Malaysia and Singapore are separated only by a narrow strip of water – they were a single country until 1965 – the $100 billion development is marketed chiefly as Singapore-adjacent. Promotional materials call it a “global cluster of commerce and culture,” as if it pledges allegiance to no country at all, and note that a new light rail system will connect it to the nearby KLSR.

This is Forest City’s pitch in a nutshell: Live in China, but in Singapore and in Malaysia. As an American business owner working in Southeast Asia said, “There are a lot of Chinese who don’t want to live in China, but they still want to live in ‘China.’” Forest City is “like a Chinatown,” as one retiree from the gritty factory city of Hangzhou brightly remarked to the Asia Times, explaining why she’d purchased a bungalow there.

From the start, Forest City’s target market has been residents of places thousands of miles away – congested, smoggy Chinese cities like Tianjin and Guangzhou, where Country Garden, the China-based developer building Forest City, has bought air time in local media markets and pitched its “near Singapore” condos directly to escapist Chinese buyers.

Forest City is one small part of Iskandar Malaysia, an economic growth corridor that hugs the Malaysian coast just across the water from Singapore. The corridor is roughly modeled on Shenzhen, the celebrated Chinese special economic zone, with a development plan that aims to make it “a strong and sustainable metropolis of international standing” by 2030.

Projects around the world:

Thank you for viewing!